How many places in the U.S.A are serving Ramen? 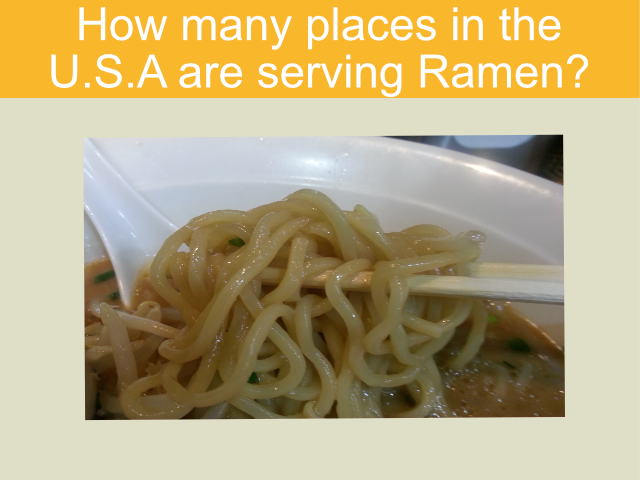 First Even Ramen Restaurant in America

The first restaurant to ever serve Ramen in America was in Los Angeles’s Little Tokyo Located on second Street of little Tokyo, Kouraku opened its doors in the year 1976. It was bought out by Mister Yamauchi who purchased it in 1986. According to an article in 2010(http://www.discovernikkei.org/en/about/what-is-nikkei), he has been the owner from 1986 up to the year that that article was published.

Doing a little bit more digging, la.eater.com has published an article in September 28, 2020 that mention that he has passed away at the age of 67. It was also announced through social media by his wife.

He first came to America in 1976 at the age of 23 years old and he worked as a server at a Chinese restaurant for many years until he became owner of Kouraku. The actor John Travolta apparently came to the restaurant religiously in the 1980s.

Map of America and Ramen Places

We decided to look into our dataset of Japanese restaurants and discovered that Los Angeles is the city with the most Ramen restaurants in America. We created a map showcasing a number of restaurants that serve Ramen noodles throughout the United States. 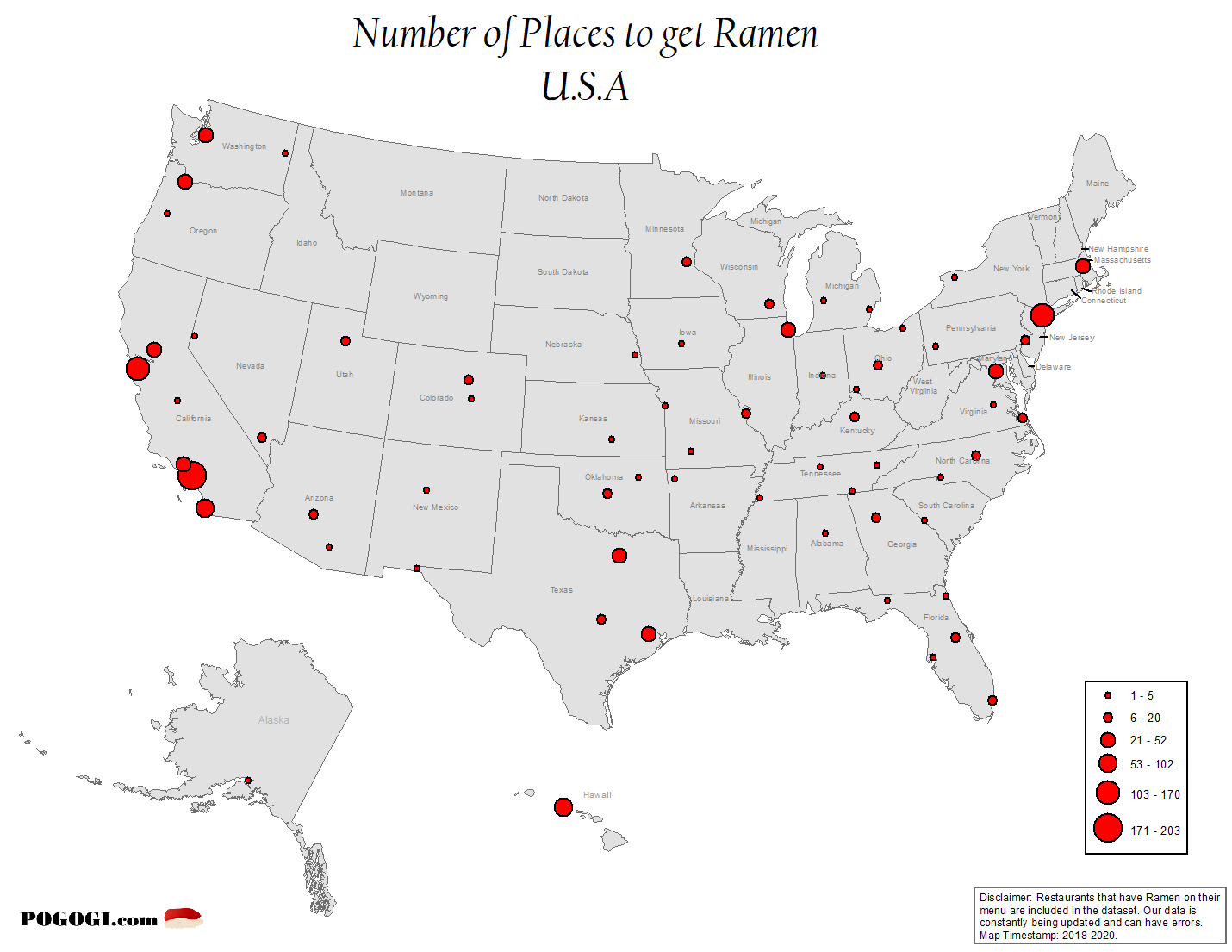 Looking at the map it is no surprise that California is the state that has the most Japanese restaurants serving Ramen. This makes sense because of its large Japanese population. Apparently there is about 280,000 Japanese American living in California.

You will not be disappointed in finding Ramen in any of the above cities. In Los Angeles alone you can find them all over the city. 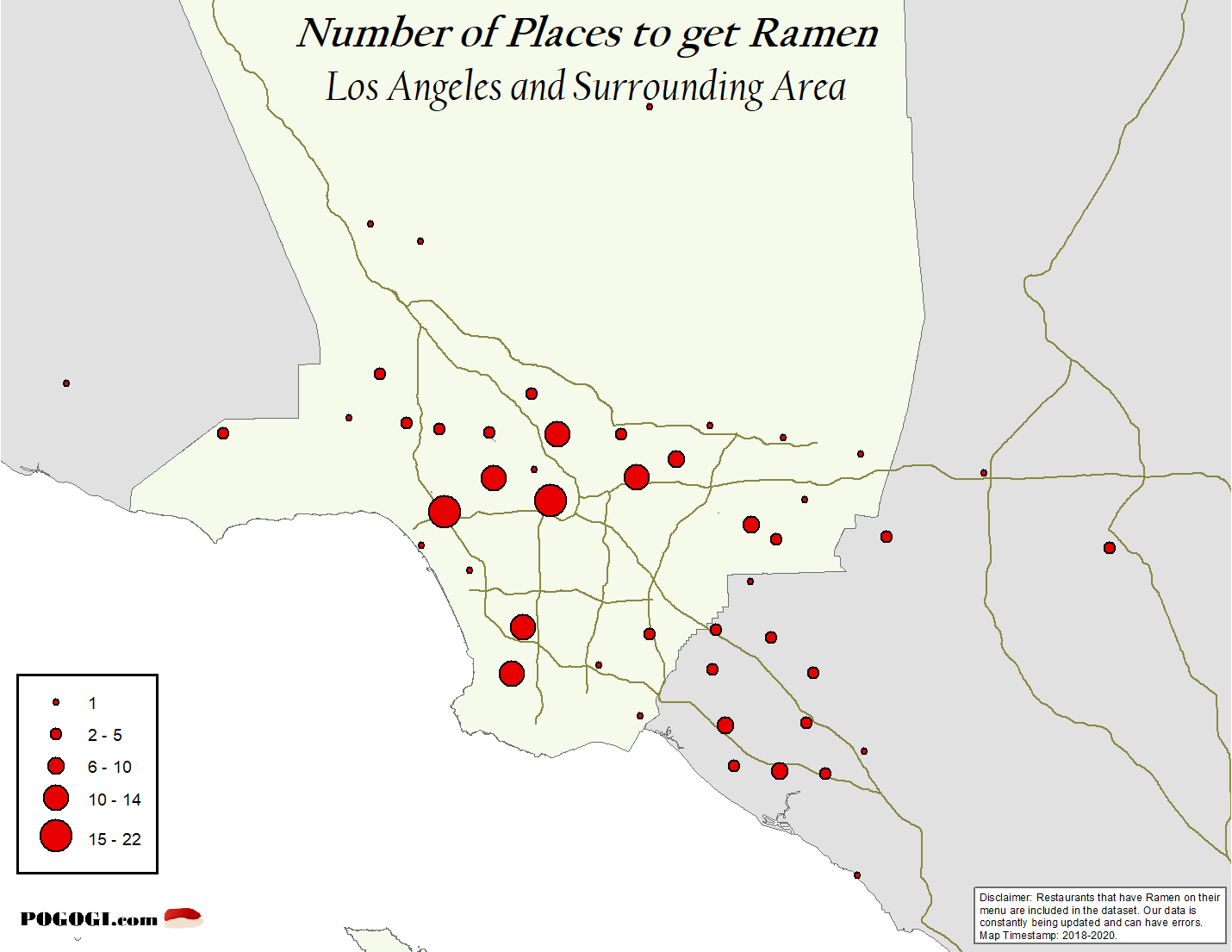 The state of Hawaii with a population of hundred 185,000 Japanese American has a significant amount. The U.S.A map shows that Hawaii has a substantial amount having easily over a hundred.

On the East Coast of the United States, the State of New York has the most Ramen restaurants and predominately a good portion of them are found in New York City. This is not surprisingly at all.

Texas is another good spot for Ramen noodles where many of them are located in the Fort Worth/Dallas area as well as the city of Houston and Austin.
Other notable cities -> Chicago and Seattle.

Disclaimer: Restaurants that have Ramen on their menu are included in the dataset. Our data is constantly being updated and can have errors. Map Timestamp: 2018-2020.