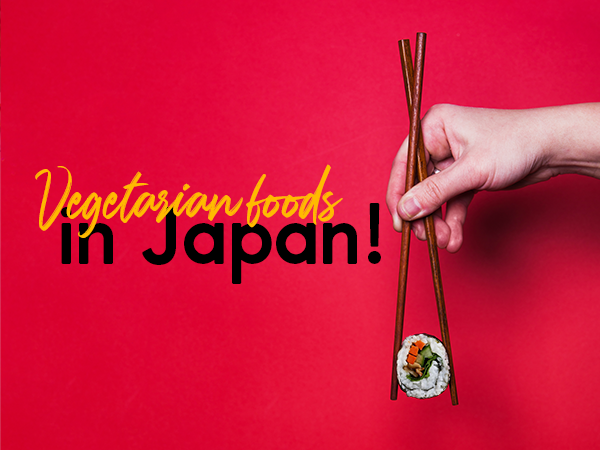 It is sometimes difficult for vegetarians visiting Japan to find the right food for their dietary preferences. This is because fish seems to be a staple in Japan and can be found in everything including ingredients used in making the “vegetarian” miso soup.

There are even many stores and bakeries selling food with misleading labels such as vegetarian pizzas and sandwiches that actually contain meat. It is therefore important to do a little research when in Japan to identify real vegetarian dishes and places that serve these meat-free delicacies.

Here are some of the top vegetarian foods that you can try in Japan:

1. Nasu or the Eggplant with Other Vegetables

The eggplant, also known as Nasu in Japanese, is a favorite among many vegetarian Japanese. It can easily be found in most restaurants in Japan. The dish is usually served grilled or baked and accompanied with miso sauce made of sea salt, koji, and soybeans. Eggplant can be served together with other vegetables including a yam gelatin-like delicacy called Konyaku, cabbage leaves, pumpkin, and potatoes.

You should definitely try mocha when visiting Japan. It is usually served as dense cakes or cut into little triangles and served with traditional delicacies such as Monjayaki and Okonomiyaki. Mochi is normally served grilled or fried depending on the meal it accompanies. It is a delicious vegetarian dish that keeps you warm on cooler days.

Kinpira is not really a single type of food but a popular cooking method in Japan that involves sautéing and simmering root veggies. Some of the popular foods cooked this way include carrots, lotus root, bamboo shoots, seaweed (Hijiki), burdock root (gobo), and tofu. The Kinpira vegetarian food is usually served with a soy or Mirin sauce.

If you are one of those people who don’t like tofu, then you probably haven’t tried the Japanese version. It’s a gastronomic delight that will change the way you view tofu. The Japanese are known for making the best tofu in the world.

In Japan, tofu is served either fried or boiled and in numerous styles including Gomadofu or white sesame seeds tofu and spongy tofu locally known as Koyadofu. The Japanese version of this protein-rich bean curd is readily available in most restaurants.

Kushimono is actually skewered food served on sticks in Japan. Vegetarian Kushimono includes healthy ingredients such as lotus root, green pepper, okra, mushrooms, gingko nuts, and other vegetables. The fried version is known as Kushiage. You can also sample vegetable croquettes too while enjoying Kushimono.

Pickled vegetables are locally known as Tsukemono and are popularly served as a meal accompaniment. The pickles are normally soaked in brine and a bit salty. You can also get pickles soaked in vinegar and sugar to make a sweet mild-tasting vegetarian diet.

If washoku is traditional Japanese cuisine, yōshoku is mainly European and American (“Western”) food tweaked by the

What is Unagi and How to Make the Basic Sauce (Recipe)?

Japanese food enthusiasts who work through the entire sushi menu encounter Unagi at some point.

Is there a Shelf-Life for my Instant Ramen Noodles?

There have been many issues with packaged food hitting the news recently, that are produce for the purpose of having a long shelf life, primarily in canned foods.  The main concern is how dangerous