A Brief Overview Of Different Types Of Japanese Rice

Rice has been cultivated by human beings for close to 10,000 years. It is likely that cultivation began in and around present-day China. Since then the cultivation of rice has spread throughout Asia and throughout the world.

Rice is a very important staple of the Asian diet because it can sustain large populations of human beings and is able to be cultivated in conditions that would normally be considered unfavorable such as mountainous or swampy landscapes.

Rice has been cultivated in Japan for over 2000 years and it is Japan's most important crop with many varieties. Rice is such an important part of Japanese culture that it was once used as currency. 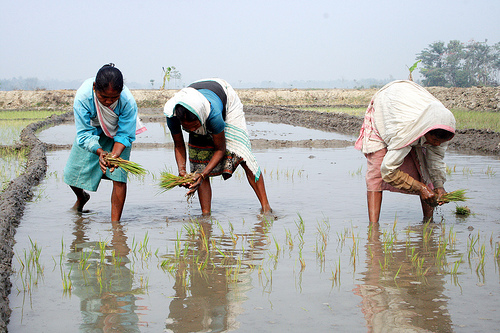 Today there are a number of different types of rice that are consumed in Japan.

There is Hakumai white rice. This type of rice has a short grain and is sticky when it is cooked. 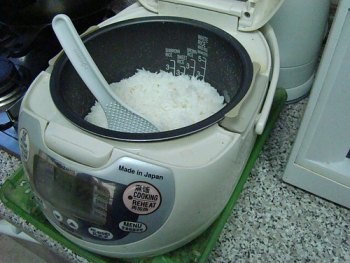 The rice bran or the outer skin of the rice is scrubbed off to create white rice and this type of rice is served with most meals in Japanese cooking.

Genmai is brown rice which has not been polished to remove the outer bran. This type of rice has not been as popular as white rice because many people do not like the taste as much but it is gaining in popularity because it is more nutritious. The part of the rice that is scrubbed off to create white rice has a lot of vitamins and minerals and with Genmai those nutrients are not wasted. 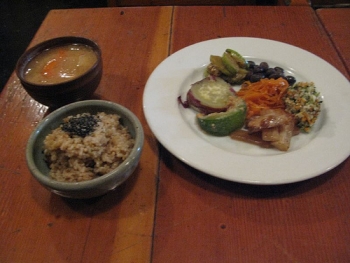 by moon angel Genmai and veggies

Mochigome or glutinous rice is a popular variety, second only to Hakumai. Because of its high gluten content is even stickier than white rice when it is cooked and it is commonly used to make sweets, pounded into rice cakes or used in various dishes. 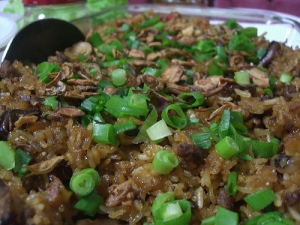 Japanese Rice is a wonderful part of most meals but it is also used to make a number of other products. The grain of the rice can be processed into flour, vinegar, and of course sake.