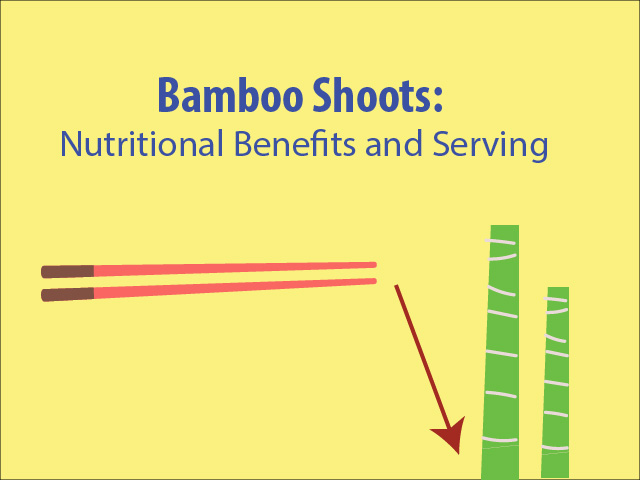 You’ve probably heard about bamboo shoots and how crisp, chewy, and delicious they are. Bamboo shoots, popularly known in China as Sun Jian, are edible freshly erupting culms of the bamboo plant. These delicious tender shoots are a popular delicacy in China, Japan, Taiwan, and other East and South-East Asian countries. There are even farms dedicated to growing and harvesting bamboo shoots in these regions.

The bamboo shoots start appearing 3 or 4 years after the bamboo plant is planted. The shoots arise from the root system of the plant and are eaten as a nutritious vegetable. The shoots are a special Spring delicacy in Japan, where they go by the name of “Takenoko.” The finely sliced Takenoko shoots are usually added to stir-fries, salads, and even rice to create a serving of “Takenoko Gohan.”

There are many ways of cooking Takenoko. It can simply be boiled, deep-fried, baked, or fried. Most people even eat fresh bamboo shoots raw. It has a light taste and it’s quite easy to eat. The bamboo shoot has a crunchy texture and a mild flavor.

Bamboo shoots have numerous health and nutrition benefits. For instance, they are extremely low in calories with just 27 calories in 100 grams of the shoots.

Other health and nutrition benefits of the Takenoko shoot include the following:

Preparation and Serving of Bamboo Shoots

Preparation of raw bamboo shoots bought at the market starts with peeling the tough outer sheaths and then detoxifying the inner meat to eliminate bitter compounds. You can easily peel the bamboo shoot by cutting it lengthwise in two halves and then peel the outer leaves. Start peeling from the base and work upwards towards the tip. After peeling dice the shoots to your preferred size and dip them in cold water so they don’t turn brown.

Boil the cubes in water to detoxify them. The shoots have a Cyanogenic Glycoside known as Taxiphyllin which is usually removed by boiling the shoots for 20 to 25 minutes. There are many ways to cook and serve bamboo shoots. They can be stir-fried, sautéed, or even mixed with beans, vegetables, or seafood. Tender shoots can be used in soups and salads or eaten with rice and noodles(variety). There are endless ways to enjoy these nutritious bamboo shoots.

French/Western-Inspired Pastries and Desserts in Japan

Mention “dessert” or “pastries” and Japan may not immediately come to mind but in fact, the Japanese do have a sweet tooth.

What is Napa Cabbage? Everything You Need to Know

Napa cabbage is a type of Chinese cabbage that belongs to the brassica family, one of the largest plant families known to man.  In different parts of Asia it is called differently.

The global market for fast food restaurants is massive with many chains competing with each other.  In the United States alone, close to $200 billion were generated back in the year 2014.  Leading

Okinawan cuisine is very different from mainstream Japanese cuisine. While rice is adopted as a staple, the local food prepared is also completely different.