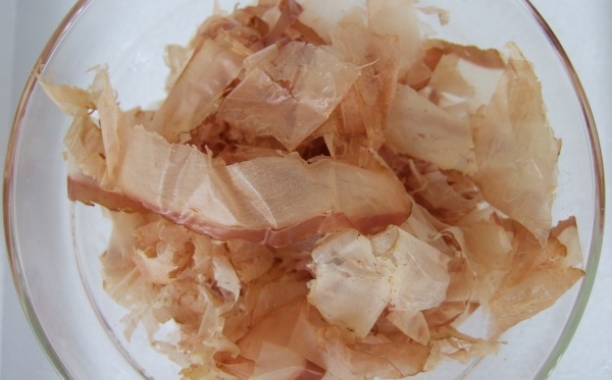 Dashi is also known as Japanese soup stock, but it is much more than that. It is the basis of many Japanese dishes such as Shabu Shabu broth. Of course it can be used as a base for miso soup or noodle broth, but it is also commonly used to stew meat, make sauces, or to cook fish or vegetables. In an article in The Japan Times, Dashi is referred to as the foundation of all savory Japanese cooking.

How Dashi Is Made

There are different forms of Dashi but the most common form is a simple broth that is made by heating water with Kombu and Kezurikatsuo. Kombu is a type of kelp and kezurikatsuo is large shavings of katsuobushi which is dried blocks of skipjack tuna. Kombu and kezurikatsuo are both rich in vitamins, minerals, and protein. The kombu is also high in dietary fiber. The dried kombu and katsuobushi are heated to near boiling, then the liquid is strained. 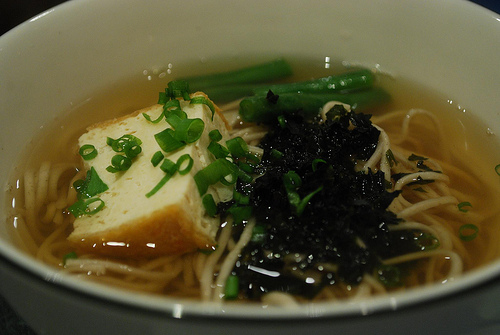 There are also a varieties that use iriko/niboshi (dried baby sardines) and dried shiitake mushrooms. Dashi can be kept in the refrigerator for a couple of days but it is best used the same day it is made.

There is a recipe on the foodnetwork.com website that has a 5 star rating from people that have tried it. The recipe yields 2 quarts of dashi and takes about an hour to make. Although the total time to make it is one hour, there is only about 5 minutes of prep time. The rest is spent soaking and cooking, about 30 minutes letting the ingredients soak in the water, and about 25 minutes cooking at 150 to 160 degrees.

Dashi is not difficult to make and it only uses a couple of ingredients but instant dashi powder is available in stores and using instant dashi can help to reduce your overall cooking time. After all, it is faster to add a teaspoon of dashi granules to a recipe than it would be to spend an hour making your own dashi first. One problem with a lot of instant dashi is that it contains a lot of MSG. Some people are allergic to MSG and it can cause them severe headaches or other problems. Of course there is also instant dashi available that has no MSG. Some purists will tell you that instant dashi doesn't have the same complexity of dashi made from scratch but many people will admit that instant dashi isn't too bad.