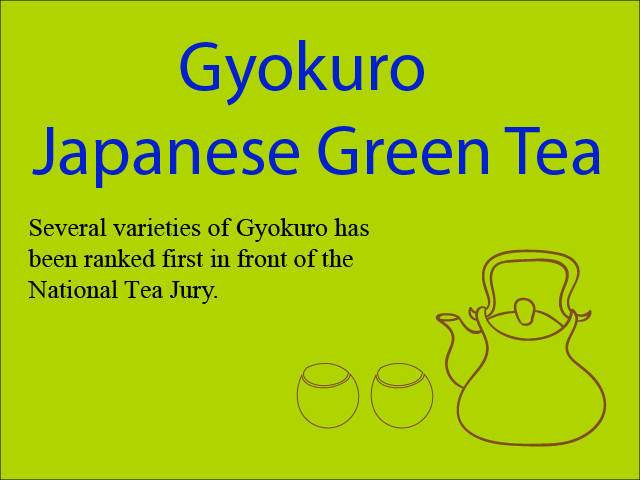 Green tea is a favored beverage among many – no matter the location - and in fact tea in general is the second-most preferred beverage in the world. So it's little wonder that producers of the 'liquid gold' are trying new ways in which to enhance and change the flavor.

The biggest secret, however? Not altering what our forefathers established.

Gyokuro, also known as Jade Dew or Jewel Dew, is a Japanese green tea with a growing process differing from most others. Instead of being grown in full sun, Gyokuro is grown in the shade for three weeks.

There are other variations of tea grown in the shade, however the length of time varies, such as Kabusecha which is only shaded for one week. Getting its nickname from the pale green color of the infusion for the length of time it's removed from the sun, Gyokuro is a specialized type of tea with a sweeter taste than most.

What can you expect from Gyokuro?

Gyokuro is made up of theanine, caffeine, tannin and vitamin C. The theanine component gives the tea flavor whilst caffeine adds a level of bitterness. This, coupled with the shading process, gives the consumer a full-bodied, smoother drink which is perfect to enjoy at any time of the day or night. 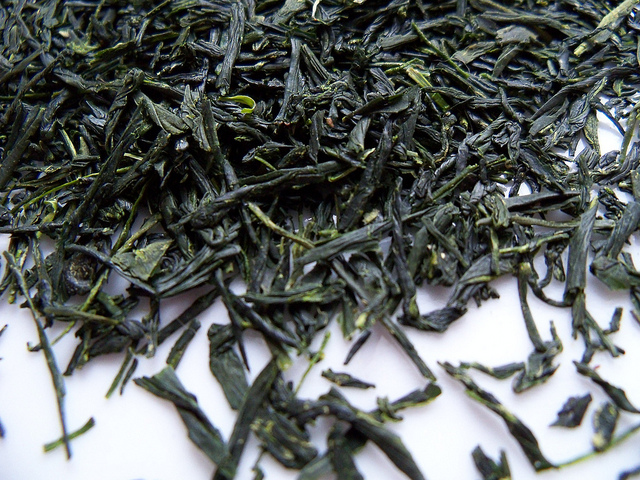 by A Girl With Tea

How does it work?

For 20-21 days Gyokura is shielded from the sun with straw mats and screens before being harvested. The lack of sun causes an increase in theanine – an amino acid – and alkaloid caffeine in the tea. The process is not without its benefits as it does yield a sweeter flavor to be enjoyed by those with a sweet tooth. It also has a distinctive aroma, not unlike tencha green tea.

What happens when it's ready for harvest?

In early May the carefully grown Gyokuro tea leaves are picked. This is when the leaves are at their best, in both flavor and freshness. Next is the steaming process which takes place generally on the same day of harvest, if not within 20 hours.

This process stops leaves becoming oxidized and help retain nutritional content and fragrance. The tea leaves are also softened which enables the intense flavors to be released. From here, rolling and drying begins to remove the majority of the water from the tea. The tea leaves will begin to resemble needles as they are twisted and rolled to retain natural flavors.

After rolling and drying has been completed, the leaves are filtered out from the buds, stems and flaking pieces which have come off the leaves. All that remains are the tightly twisted tea leaves. These are then sorted according to their size and are ready to be sent to a manufacturing plant for blending.

The remaining buds, stems and flakes are packaged separately to be used elsewhere. Tea manufacturers and harvesters pride themselves on using the entire tea plant opposed to just the leaves.

One of the best

Gyokuro is considered one of the most expensive sencha tea varieties available in Japan due to its quality and taste. Some varieties of Gyokuro were even ranked first in front of the National Tea Jury.

It's a tea worth investing in, and one that has been a favourite in households for centuries.

If you are a fan of Japanese food and a lover of sushi, you probably know what wasabi is. It's that green, spicy condiment.

What is Mugicha (Barley Tea) and What Are Its Benefits

Made from roasted barley and consumed as a calming tea, Mugicha can be consumed as a hot or cold beverage depending on your preferences.

What is Unagi and How to Make the Basic Sauce (Recipe)?

Japanese food enthusiasts who work through the entire sushi menu encounter Unagi at some point.

Green tea is a very popular beverage and one reason for its popularity is because of its health benefits.

How to Cook Rice and Why People Wash it before Cooking

Do you know that the rice that we serve in our plates are actually seeds of a grass that comes from the species Oryza.