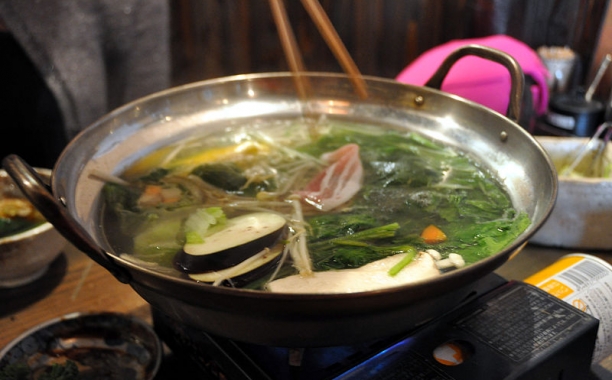 World renowned Sukiyaki is the most famous Japanese hotpot, but in Japan, Shabu-Shabu is just as popular. The ingredients are similar, and the preparation method is the same wherein you cook meat and vegetables in a liquid (Shabu Shabu Meats and Vegtables Ingredients list). If you’ve made salty-sweet sukiyaki countless of times, why not try shabu-shabu with its own broth and two different kinds of dipping sauces?

The base of shabu-shabu broth is dashi stock, but some restaurants use boiling water. To make the broth,  add 7 tablespoons of sake and half a teaspoon of salt to the dashi and boil. Once your broth boils, you can start cooking by dipping your meat and vegetables in the broth in a back and forth motion. 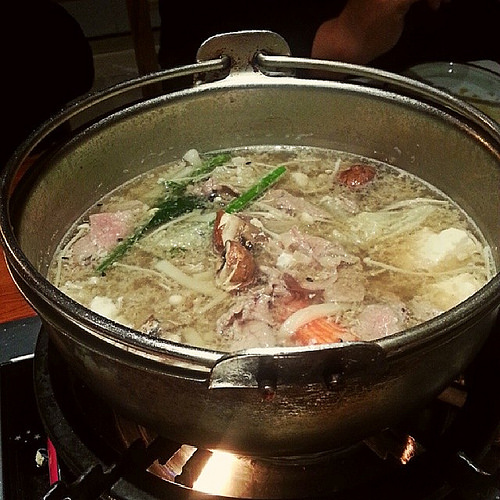 by debbietingzon - Shabu Shabu with variety of ingredients

While it may not sound like it at all, the term "shabu shabu" refers to the swishing sound of cooking the ingredients in the broth.  The broth may seem Bland to some, but wait until you taste the sauces. 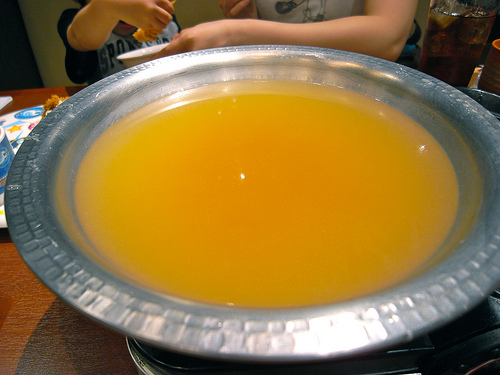 Once your meat or vegetable is cooked, dip it in either goma tare or ponzu - the two traditional Shabu Shabu Sauces. Goma tare (literally “sesame seed sauce”) is rich-tasting with a color and consistency lighter and thinner than peanut butter. Each household has its own recipe, but the basic ingredients are the same. 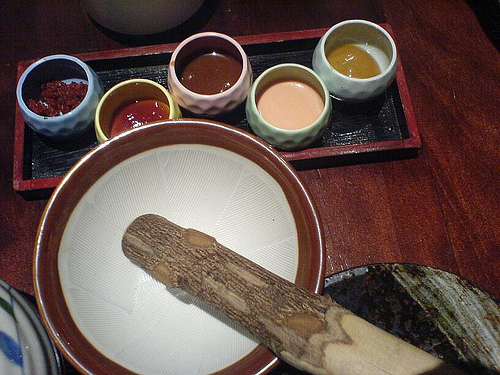 The tang of ponzu is a wonderful contrast to the richness of the goma tare. You can find ponzu in Asian stores, but it’s easy to make.

This dipping sauce is very refreshing and has a nice gentle aftertastes. 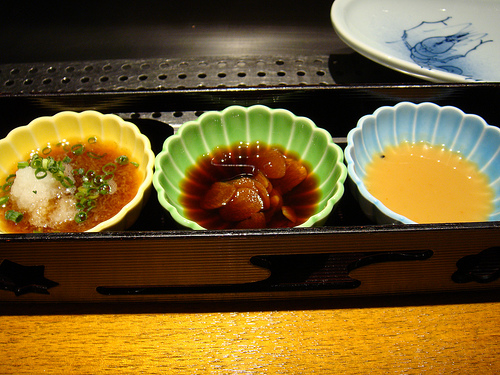 Unlike sukiyaki, shabu shabu is more flexible when it comes to sauces because you can add or subtract ingredients, or even make your own sauce. Other options include pickled plum sauces, fiery sauces with spicy oils and even mayonnaise-based sauces.

If you’ve ever been in a first class Japanese restaurant, then you were probably handed some hot towels in a basket or plate.

You may have seen miso flavored soups in your local grocery store. But what is Miso? Miso is a seasoning that is made from fermenting rice, barley or soy beans.

Komezu may be a word you recognize while walking down the vinegar section of a supermarket.  It is basically “Japanese Rice Vinegar,” which is one of the most important ingredients in making sushi