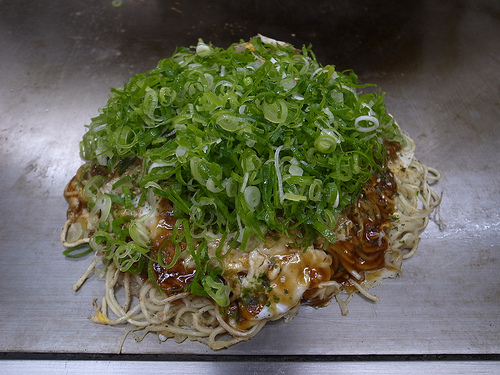 Okonomiyaki: What is the difference between Osaka-Style and Hiroshima Style?

Okonomiyaki is basically a Japanese Pancake, but it’s not like anything you have seen in any Pancake House in America.  A better comparison would be a cross between a Pancake and a Pizza.   You can add any fillings/toppings and as much of it as you like.  Some basic ingredients used in Japan are ramen noodles, meats like pork, cabbage, and eggs(sunny side up or fried).

What make the Okonomiyaki flavors stand out are the sauces.  Pancakes in North America are usually drizzled with Aunt Jemima or Maple Syrup. In Japan it is drizzled with a dark soy sauce substance as you can see from the images.  This sauce is called Otofuku, similar to Worcestershire sauce but with a sweetened kick.  Along with Otofuku, some regions of Japan will add Kewpie Mayonnaise(info) and Bonito flakes as a topping for added flavor. 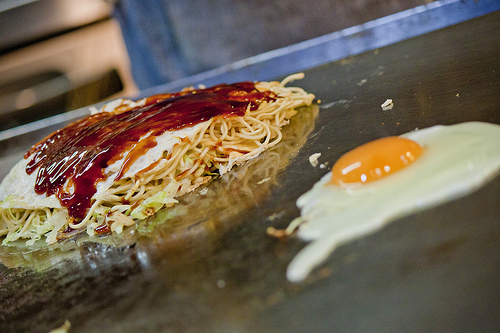 In Japan, there are many regional styles of these Japanese Pancakes, but 2 styles stand out.  They are Osaka and Hiroshima style. 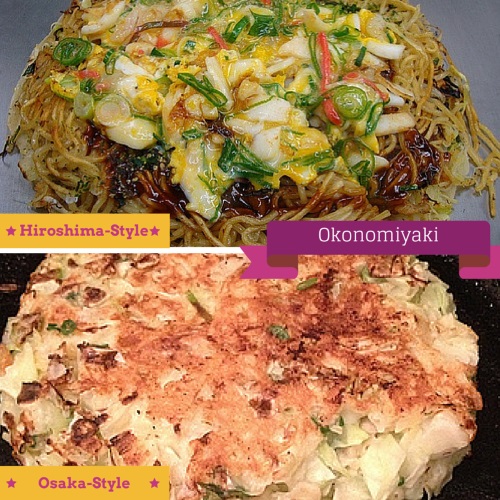 Here is the breakdown between the 2.

This style incorporates cabbage as the main ingredient along with pork(ground), octopus, shrimp, fermented vegetables, and scallions.

This style is all about layers and being thick.   You will need a large skillet or griddle for this massive pancake.  Noodles (wheat) are the main ingredient along with fried eggs.  Cabbage is sometimes added, along with other smaller ingredients similar to what is used in Osaka Style.

by Matthew in Boston

So really the difference is in the base. Osaka Style uses Cabbages where as Hiroshima Style uses Wheat Noodles.

What is Mugicha (Barley Tea) and What Are Its Benefits

Made from roasted barley and consumed as a calming tea, Mugicha can be consumed as a hot or cold beverage depending on your preferences.

What the heck are Negi Onions?

The Negi onion is one of the most popular culinary ingredients in Japan.

Is there a Shelf-Life for my Instant Ramen Noodles?

There have been many issues with packaged food hitting the news recently, that are produce for the purpose of having a long shelf life, primarily in canned foods.  The main concern is how dangerous

It seems like everyone loves a good snack and it doesn't matter where you're from, those treats between meals seem to be universally enjoyed.