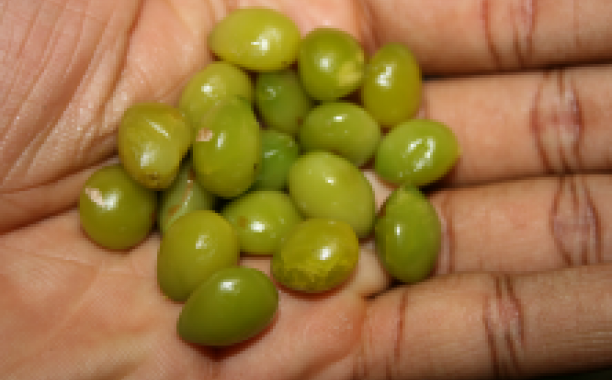 Though not normally known for their nuts, the Japanese people harvest quite a few of them, providing tasty treats and unique flavors for their cuisine.  Here’s a brief look at some of the most popular Japanese nuts.

While the tree itself produces the gingko fruit which emits a foul odor, inside of the fruit is a delicious nut called the gingko nut (or Ginnan) which is a prized delicacy and highly sought after.  Native to Japan, the gingko nut is emerald green and appears during autumn.  Typically prepared in chawanmushi (a savoury custard) or skewered on top of pine needles, the gingko nut looks like pistachios and are often mistaken for them.  There is no mistaking the chewy, slightly bitter yet earthy flavor of the gingko nuts, as evidenced by their popularity at festivals where they are pan roasted and served by the bag-full. 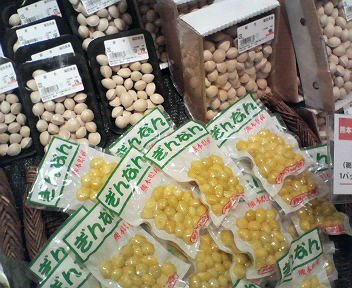 This species of chestnut is native to Japan and is born out of small to medium-sized deciduous trees.

The leaves of the tree are similar to the Sweet Chestnut tree, though slightly smaller. After blooming in summer, by autumn, the flowers develop into spiny cupules which house 3-7 brownish nuts which are shed during October, making for a delicious autumn snack. 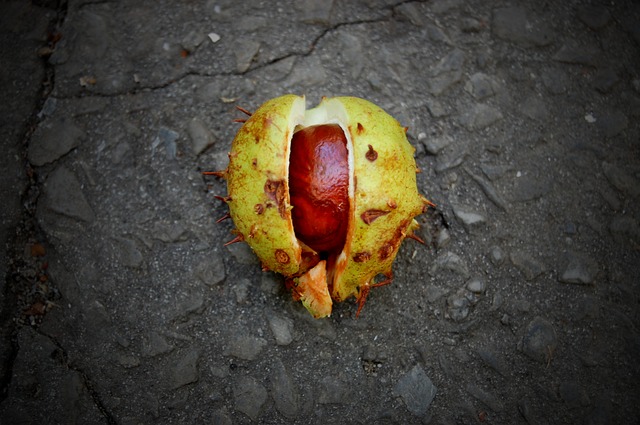 Taking its name from its ancient use as a horse gastrointestinal problem solver, the Japanese nuts called “Horse Chestnuts” are also known as Ochi-no-mi or buckeyes.  In the winter, the tree is coated in a rich, brown sticky goo, which traps insects. During the summer, fruit pods form, containing a single nut, or "conker", inside.  Though poisonous in the raw state, a lengthy processing is required to eliminate toxins, giving a staple starch which supplemented the poor people of Japan during hard times. To date, they are still used for making rice cakes.

Though oily in texture, the deliciousness of the Japanese walnut gives it a distinct separation from its counterparts oversees.  The husks are used make a yellowish dye and the fruit (which is the nut), is produced in bunches of 4-10 together.  Reaching maturity in mid-autumn, the Japanese walnut also has a variation called the Heartnut which is difficult to commercially produce due to poor cracking patterns.

Everybody loves tempura as it is a household name in many Japanese restaurants across the world.  Who doesn’t love the warm crunchy taste of shrimp or yam tempura?

Green tea is a favored beverage among many – no matter the location - and in fact tea in general is the second-most preferred beverage in the world.

Kakinoha Zushi is a type of pressed sushi that is found throughout Japan, but more notably in the region of Nara. This region encompasses the Kansai, the Osaka and Kyoto territories.

This is probably one of the most unusual seafood you may see in a Japanese or Asian restaurant.  This little guy is called the squilla and is from the crustacean’s family (shrimp).