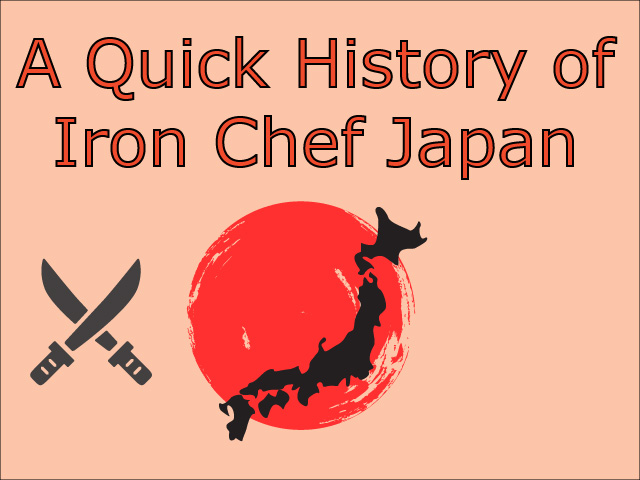 The Iron Chef TV show has entertained the Japanese audience for well over a decade with its first episode premiering on the 10th of October in 1993. The main premise of the show was pitting a resident Iron Chef against “guest chefs” each week for a special prize.

The catch? Both contestants had to base their recipes on one particular “star ingredient.”

As the story goes, Iron Chef was inspired by Jean Anthelme Brillat-Savarin, a famous French food author who believed that you could tell a lot about a person by looking at the food they eat. Apparently, Chairman Kaga took inspiration from this and decided to create a specialized “cooking arena” which he named the Kitchen Stadium.

It’s in this kitchen that Kaga’s own Gourmet Academy chefs would battle it out with other visiting chefs. Well, at least that’s the story that got recounted at the beginning of each episode anyway.

Those who grew up with the show will remember that Chairman Kaga himself was a rather eccentric character who used to wear bizarre interpretations of men’s formal dress. Being a Japanese production, Iron Chef is not the show’s original name, but the English translation which was given to the show by Kaga. This is how he referred to the chefs as he summoned them to his kitchen at the start of Iron Chef Japan.

The show’s resident Iron Chefs from the first season in 1993 included Iron Chef French Yutaka Ishinabe, Iron Chef Chinese Chen Kenichi and Iron Chef Japanese Rokusaburo Michiba. In 1994, Iron Chef Ishinabe became an honorary Iron Chef when he stepped down, leaving the show in the capable hands of Iron Chefs Kenichi and Rokusaburo. Like any good protagonist, Ishinabe made a surprise return appearance on two episodes of the third season.

Season 4 bought another bombshell in the form of Iron Chef Japanese Michiba’s retirement. He was to be replaced by Koumei Nakamura. Like Ishinabe, Michiba made a few surprise appearances on the show throughout the years, most notably on Kitchen Stadium battles.

In 1997, Masahiko Kobe was added to the show as Iron Chef Italian and was the youngest chef on the show. He didn’t participate in many battles though, and in 1998 Nakamura retired as well and passed on his mantle as Iron Chef Japanese to Masaharu Morimoto.

Everyone has some instant ramen stacked up in some kitchen cabinet. It's the simplest meal you can prepare and if you get it right, it can be quite tasty.

Best Things to Do in Kagoshima Japan and Where to Eat

Kagoshima, Japan's southernmost city, might not be at the top of the list of places to visit for most travelers, but it should be.