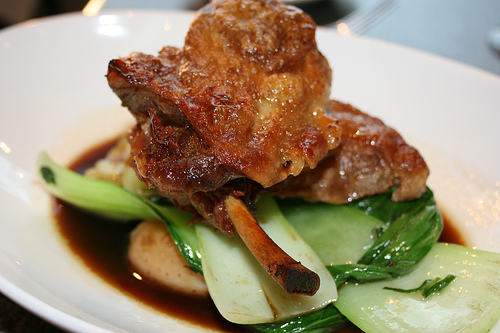 Asian fusion has become increasingly popular in the last ten years, and with that popularity came a surge in the use of Asian condiments: soy sauce, sesame oil, siracha, ginger, hoisin sauce, etc....

One of the more popular condiments is teriyaki sauce. It is sweet, thick and rich and goes well with meat and sea foods. What people don't know is that word Teriyaki describes acooking method, where food is grilled and is glazed with sauce several times. This sauce used in Teriyaki is called "tare," a mixture of honey or sugar,mirin or sake, and soy sauce. 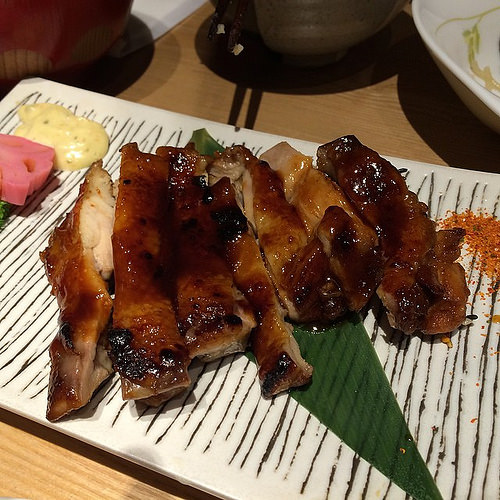 In North America, Teriyaki sauce is a common condiment, and the ingredients are slightly different from Tare. Store bought Teriyaki sauce is made without sake and have other ingredients such as garlic, brown sugar, fruit juices like orange or pineapple. The focus of this article is on the western-style Teriyaki Sauce. So back to our main question below!

What we are going to ask ourselves today is "Is teriyaki sauce healthy." Sure it tastes really good, but is actually good for you? Let's see!

Ingredients in Teriyaki Sauce and its Nutritional Value

Teriaki sauce is mainly made of soy sauce with spices, ginger, brown sugar, garlic and pineapple juice added for taste, which makes it a low-calorie sauce, especially when compared to creamier and richer sauces like barbecue sauce, ranch sauce, cheese sauce, etc. One tablespoon of teriyaki sauce has 17 calories, while one tablespoon of ranch sauce has a whopping 73!

However, the brown sugar and pineapple juice make the teriyaki sauce a very sugary condiment and thus high in carbohydrates. 75% of teriyaki sauce's calories come from carbs, which is a lot.

Teriyaki sauce is also very high in sodium, but it is low in saturated fats and cholesterol and a good source of iron (fights fatigue), magnesium (excellent for blood pressure) and phosphorous (good for your kidneys).

Overall, teriyaki sauce is not unhealthy, but it isn't a health food either: it has too much salt, sugar and carbs to be consider truly "healthy." However, when consumed in small amounts, it can easily fit into your daily macros (the macronutrients you have to eat everyday to stay healthy). We do not recommend that you cook with teriyaki sauce everyday, or use it as a dipping sauce often, but using it once or twice week, in small amounts, would not be harmful to your health.

Teriyaki sauce is not unhealthy but should be used in small amounts and not every day. It has numerous health benefits but these benefits hardly offsets the high sodium, sugar and carb contents of the sauce. It should also be said that teriyaki sauce is a much healthier choice than most sauces on the market: if you have to have sauce with your meal, go for teriyaki or soy sauce instead of the creamier sauces like BBQ sauce.