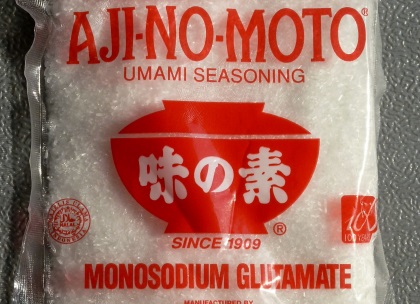 Umami and MSG? What’s the connection and is it really that Bad for you?

Where did MSG come from anyway?

MSG has its origins in Japan where it was discovered to be a key compound in seaweeds that were being added to soups to enhance the flavor. In 1908, Kikunae Ikeda the one who discovered this compound, found a process to extract it from the seaweed into little crystalline(a.k.a C5H9NO4 ).   Ikeda called it Unami based on its taste, which is taken from the word delicious (Umai).  After the discovery, major manufacture of this crystalline form began, into a product called Ajinomoto. 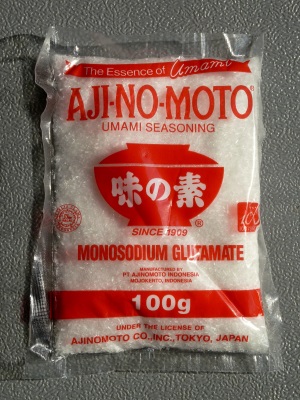 Today MSG is produced by fermentation in its commercial form. Now it is readily available worldwide to a variety of consumers.  It is found in many of our popular food products and used in many fast food joints.

Difference between Umami and MSG?

“For me, the way that I’m looking at umami, it’s the same way I look at MSG. It’s one in the same.” - David Chang of Momofuku

“Most people don’t know the connection between umami and MSG. They know about it from the fifth taste, and the fifth taste was always called umami and not MSG”  - Adam Fleischman of Umami Burger

Why is MSG bad for you?

In the average population there is no hard evidence that MSG causes any serious health issues. While it could cause problems, no definite responses have been observed so far to point to MSG in the role of any serious illness. Some individuals are sensitive to glutamate though and this can cause some undesired side effects in these individuals. The main population that seems to have a particular strong sensitivity to this compound is those suffering from chronic asthma.

All foods in their unprocessed states do contain some glutamate.  Glutamate is a naturally occurring amino acid and is present in many forms of protein. However glutamate is more concentrated in fermented foods or aged cheeses.  Commercial forms of MSG may also be added to prepared foods to enhance their flavors.

So is MSG safe?

Researchers say that currently MSG is not found to be a dangerous substance. It is allowable as a food additive on a regular basis in many types of products. However those who are sensitive to this product are advised to avoid it. MSG is a chemical extract and is more concentrated, so it can be an issue to a small population.

While many holistic health practitioners have denounced MSG as an unsafe food additive main stream medical experts do not currently support this view. So unless you are already sensitive to this additive or suffer from Asthma there’s probably no need to worry too much about it.

While MSG has been given a great deal of negative attention in the media for the past several decades, it is not quite as scary as it seems.  This naturally occurring amino acid has been discovered and manufactured commercially throughout the last century at a constant rate. MSG is present in many processed foods and in some freshly prepared foods as well as a flavor enhancer.

Be sure to check the labels on the foods that you purchase if you are sensitive to MSG. You can also find information about the foods you are served in your favorite restaurants by asking if they add MSG to their dishes during the preparation.

With over three thousand varieties of tea currently available throughout the world, it's little wonder that in 2016 over 80 tonnes of it were produced to satisfy those avid drinkers of the thirst q

Airplane food...enough said. It sucks, right? It's either bland, not hot enough, cold and shouldn't make it past airport security in the first place.

What is Escolar Sashimi and its Side Effects? Dangerous like Fugu?

Escolar is an elongated large species of fish or snake mackerel which is found in temperate and tropical oceans worldwide.

A month ago on social media we notice something very interesting that caught our attention because it was big.  It was an image of a giant daikon.  We couldn’t believe the