An Izakaya style restaurant is a type of Japanese food and drinking establishment that were anciently used as casual places by Japanese as a relaxing point after a day’s work. The name originated from a combination of two words "I"; which means to stay and "zakaya"; meaning sake shop. In simple terms, the name was developed from sake shops that allowed drinkers to bring in snacks into the shop while being served with a drink to accompany the snacks.

Later on, the sake shops began creating their own snacks so as to serve them together with the drinks. Traditionally, the Izakaya are sometimes referred to as akachochin meaning red lantern since a red lantern usually hands outside. 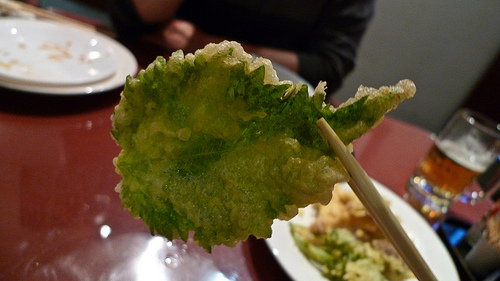 Depending on the type of the restaurant, clients may sit on the tatami mats as they dine from low tables or sit on chairs while eating and drinking from the tables. Most of these restaurants give customers a wet towel (oshibori) to clean their hands and later serve them with an appetizer (tsukidashi) or a tiny snack (otoshi). Doing the aforementioned is a traditional custom and is usually charged onto the bill. 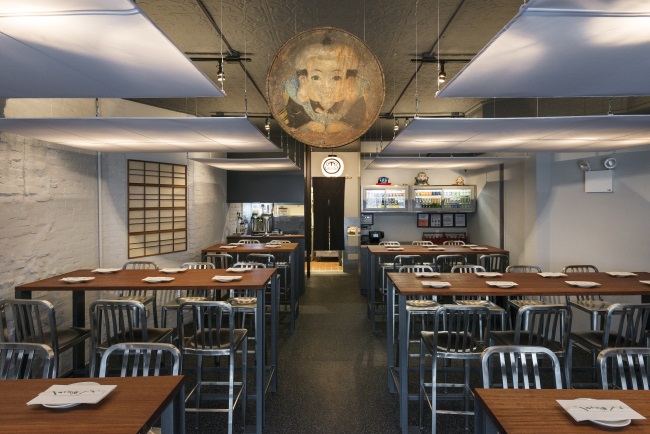 The menus may be placed on the tables or displayed on the walls. One can order different types of foods and drinks they need and the total bill is payable at the end of the eating and drinking session. The general formats for Izakaya are nomi-hodai ( all you can drink) and tabe-hodai ( all you can eat) and are ordered in a sequence rather than everything at once. It should also be noted that dishes are shared by everybody in the table. Typical Menu Items Izakaya serve different types of delicious foods and drinks. 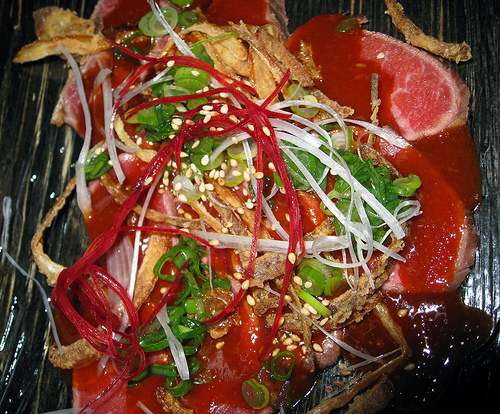 by Ruth and Dave - Beef Carpaccio

Yakitori: This is a grilled/ skewered chicken/ food. It’s prepared using bite-sized pieces of chicken that is mounted on a bamboo skewer and the grilled over heated charcoal. One can order one that is cooked with salt or tare sauce.

Sashimi: This is made of fresh raw meat or fish that is cut into very thin pieces. The fish used included salmon, shrimp, octopus, scallop and mackerel among many others. It is usually served with soy sauce together with wasabi paste, grated fish ginger or ponzu (meat sashimi).

Karaage: This is a dish made of fish, chicken or meat that is deeply fired in oil. Smaller pieces of the meat are usually marinated in a mix of ginger, garlic or soy sauce and later coated with seasoned wheat flour then fired in deep heated oil.

Tofu: This is prepared by coagulating soy milk and then squeezing the resultant curd into white blocks. It's sometimes seasoned or marinated to suit different people. Izakaya have several types of tofu which include agedashi tofu and hiyayakko tofu among many others. Other different common types of foods available in every Inzakaya include tsukemono and edamame. 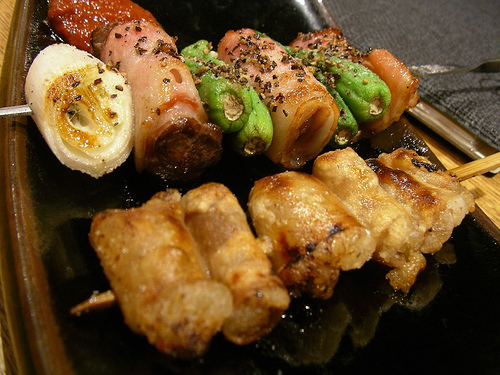 Sake: Is an alcoholic beverage made from fermented rice. It is sometimes called red wine although its production process is different from that of beer. It’s sometimes referred to as seishu in Japanese since sugar is added to produce ethanol.

Cocktail: This is made from a mixture of several drinks and is one of the most preferred drinks in Azakaya. Most of the cocktails in these restaurants are made from a combination of distilled spirit, fruit juices and soda.

Shochu: This is a Japanese distilled beverage and is made from barley, sweet potatoes, rice or buckwheat. It contains about 25% alcohol content and can be drunk in may ways such as taking it on its own, mixing with ice, mixing with fruit juice etc. 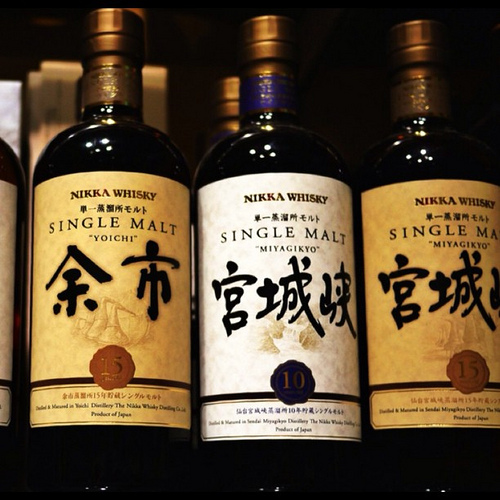 Other common drinks in Azakaya include wine, whisky and beer made from Japanese traditional ingredients.

The Iron Chef TV show has entertained the Japanese audience for well over a decade with its first episode premiering on the 10th of October in 1993.

Everyone has some instant ramen stacked up in some kitchen cabinet. It's the simplest meal you can prepare and if you get it right, it can be quite tasty.