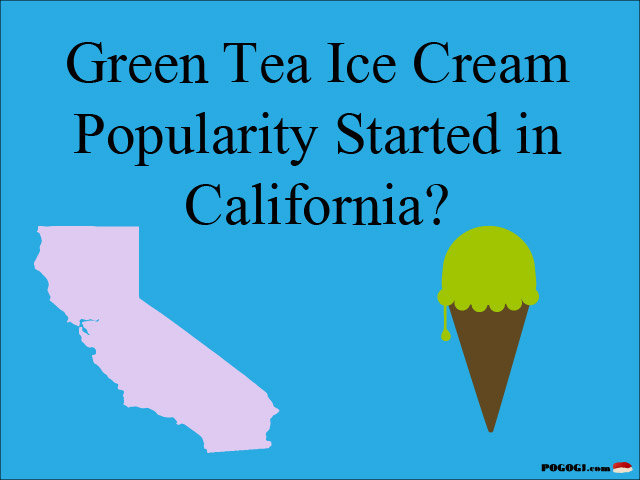 Green tea is not only a popular tea but also a popular ingredient used in many food items nowadays.   In this post we want to spend time talking about the ice cream version of Green tea and how it became popular across the globe.  Looking back in history, what surprised us is that green tea ice cream has been available in the USA since the 70s.  Of course you could only find them in Asian markets or Japanese restaurants at that time. 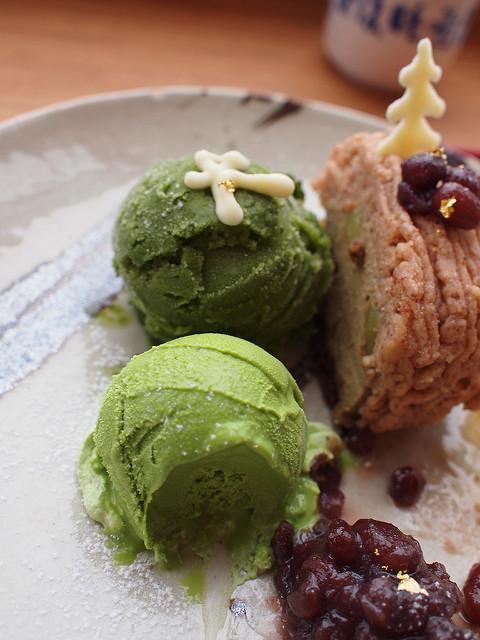 In Japan it can be traced back since the late 1860s( Meiji period), where it was served to royalties.  One of the big questions is the origins but unfortunately this is still not known.  The ice cream flavor of Green tea became only popular mainstream-wised globally since the 1990s.  Before this, it was popular in a shaved ice formed dessert called the Uji Kintoki.

Japan only had 3 flavors?

Interesting fact - the only ice cream flavors that Japan had before the 90s was chocolate, strawberry and vanilla.

Looking at history, what made the boom in Japan did not really originate there, but from Japanese restaurants located in the United States.  It was actually imported to Japan from a Californian ice cream Company called “Maeda-en” that sold the flavor.  This did not happen with the case of the California Sushi roll which also originated in North America but never adopted in Japan. You could order a California roll in Japan, but you probably will have to customize it through the Sushi Chef or it will be under a different name.

The Company that Started it all

This company “Maeda-en” started by a Japanese named Taku Maeda who moved to the States in 1984.  He was trying to market green tea throughout the United States and often visited many Japanese restaurants across California sampling different styles of Green tea ice cream.  He was not happy with the taste nor the texture.  It was often made with artificial colors and this is when Maeda started to explore other methods to improve this dessert.  He decided to use green tea imported from Japan to be used as one of the main ingredient.  It then became a popular dessert item in many Japanese restaurants across California. One of the other main ingredients was using American milk.

During this time Mr. Maeda had his company export his new revamp dessert to Japan.  Once it hit the shores of Japan, it was distributed across all supermarkets.  Many local and national newspapers picked up the news of this foreign taste, a strange as that seems, but you have to understand there were only three flavors available at that time.  When the popularity became much larger months later, other local Japanese ice cream companies started implementing the new California green tea taste.  This is when Japan started a new evolution of introducing many more flavors shortly after and other types of ice creams like the ice cornet.

Who doesn’t love pickles?  But have you ever tried making them?  How about the Japanese way of doing pickling?  Well there are many different techniques and in this article we will explain the basi

While it is important to note that there are no specific regulations from the FDA or other food agencies that govern sushi-grade fish products, there are some widely-accepted unofficial guidelines

China, Japan and Korea are three of the most popular nations in Asia.