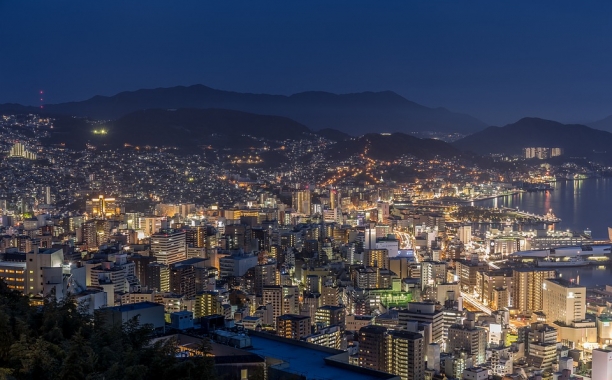 Food to Try in Nagasaki Japan

Despite experiencing tragic events such as the atomic bombing during the Second World War, this large natural harbor off the southwest coast of Japan is now teeming with tourist attractions where bordering mountains are terraced with buildings spread over the vast coastline.

Being the only place in Japan that was open to the world during the war’s period of national isolation, Nagasaki has diversified its culture influenced from neighboring Asian and Western countries which greatly contributed to the modernization.

Since then, Nagasaki has maintained a prominent identity distinct to the Japanese culture which is manifested by its unique history, tradition, culture, architecture and food. 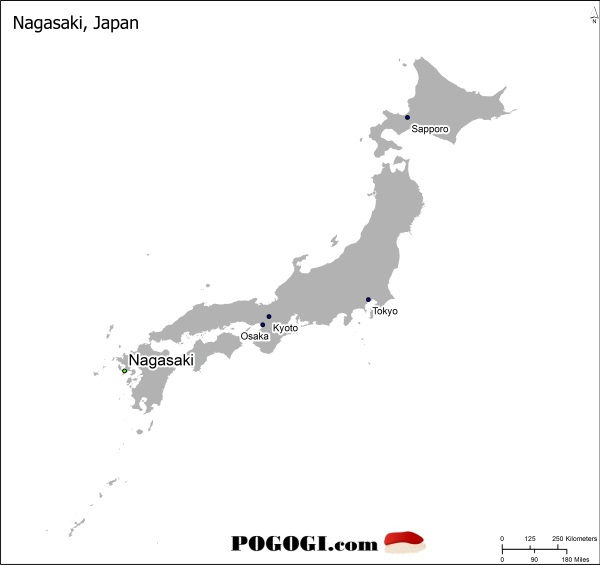 The bountiful of town’s natural resources has been the main ingredient of its long list of local dishes that has become very popular in the whole Japanese archipelago. Speaking of Nagasaki dishes, the first thing that comes in mind are the variety of  japanese noodles. Amongst the most popular japanese ramen is Nagasaki’s Champon. 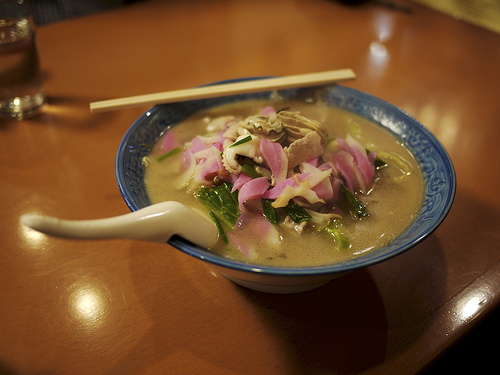 Originally made for visiting chinese students during the Meiji period, Champon is loved not just by locals but tourists as well. Made from the native noodle called Toaku, Champon is a delicious dish mixed with fried vegetables and seafoods creating a soupy blend with a unique springy texture.

Another famous Nagasaki dish is the Sara Udon. This plate-noodle dish is made up of a base noodle topped with fried cabbage, sprouted beans, squid, prawns, pork and kamaboko which is a processed seafood product. There are variations of the Sara Udon depending on the noodle used. 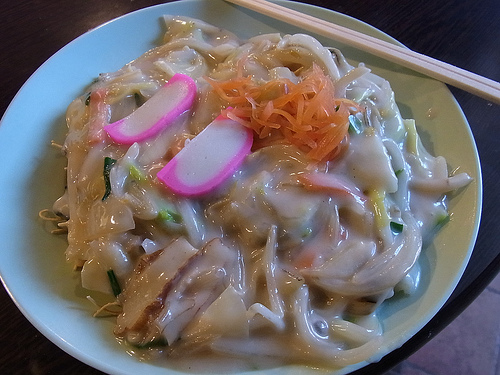 You can choose either the Pari Pari which is a thin crispy fried noodles or the thick and soft chinese style noodle that is similar with the Champon noodles. Due to its nutritional value, Sara Udon is served as part of the  meals served at schools in Nagasaki Prefecture.

Nagasaki is also popular with dried seafood products. Since mullet fishery is a big industry in Nagasaki, the salted and dried fish roe from mullets called Karasumi is the most popular. Konowata made from the entrails of sea cucumber and pickled sea urchin roe is another popular dried seafood product wherein these highly priced delicacy is best eaten while drinking japanese wine.

Other popular foods are not only served as a main dish but you can also indulge in sweet desserts. Made up of sugar, flour, eggs, starch and syrup, the japanese sponge cake Castella has become a specialty of Nagasaki. This sweet delight is usually 27cm long packed in long boxes. Though this menu originated from Portugal, you can now choose from a variation and addition of green tea, brown sugar and honey perfectly suited for a japanese palate. Favoured by the younger generations, smaller versions of Castella are now  available in bite-size and may come in different shapes. Castella has also become a popular commodity for tourist where you can bring something home for your loved ones as this japanese confectionaire has a longer shelf life. 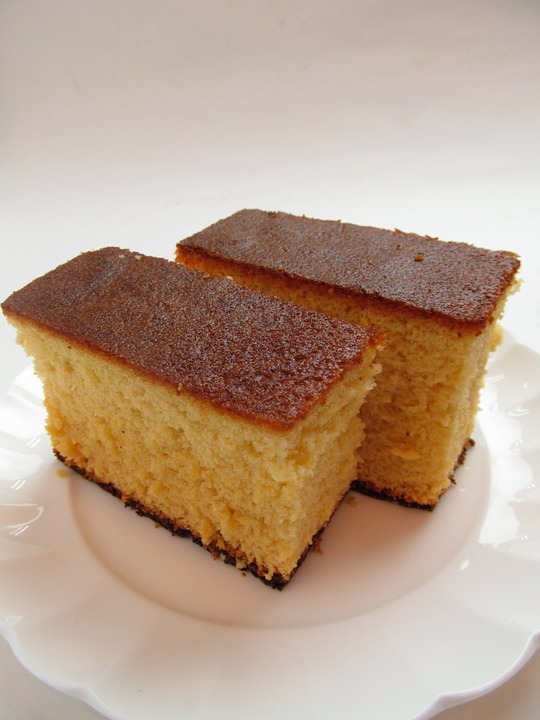 If you consider the above Nagasaki dishes as old school, then why not treat yourself with some gastronomic treat with a new-age twist. As the first japanese fushion cuisine, Nagasaki Shippoku is a combination of several Japanese, Chinese and Western dishes served in a round table. Ironic to its name as a new-age cuisine, Shippoku is usually served in traditional Japanese restaurants called Ryotei.

Incase you have eaten too much of these popular Nagasaki foods and want to facilitate digestion as a compliment from good dining, try downing some japanese liquor Sake to finish things off. In Nagasaki, there are several Sake breweries but the rice wines that are brewed in Junmao Ginjo stands out as they use special Koji rice and a special type of yeast which creates this distinct, rare and premium taste.

At the end of the day, eating this sumptuous foods is just one of the ways to fully enjoy your Nagasaki experience as you can participate in festivities like the Lantern festival and other cultural activites. Just make sure that when you leave this beautiful Japanese heritage site, you should utter the words Domo Arigatou Gozaimasu which simply means thank you.

When in Osaka, you have to try takoyaki or okonomiyaki.

Osaka Travels - Things to do and Eat

Formerly called Naniwa, Osaka was once the capital city of Japan and currently the second largest city after Tokyo.

Cool new "My Melody" Cafe: A Must Visit in Shibuya, Tokyo!

A pop-up “My Melody Cafe” opened in Shibuya Parco’s “THE GUEST cafe & diner” last July 18th, and will be open until August 31st, following the success of the pop-up “Kiki and Lala Cafe” where c