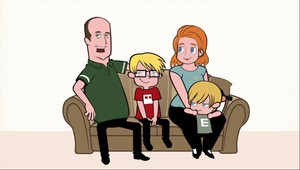 New TV Anime based on Sushi and Japanese Food

Michael Booth’s book Sushi and Beyond has taken his readers at home and abroad by storm. The book focuses on a one hundred day journey through some very unlikely areas as well as well known areas throughout Japan. The book focuses on the vast culture of Japan and its many exotic food choices. Michael Booth has had his book published in both the UK and Japan where it is currently holding steady in the top ten. In fact an anime series is set to come out soon that will feature Booth and his family.

The anime series will focus on Booth’s adventures throughout the book. The series will also focus on the great cuisine that was explored within the book as well. While Booth is certainly thrilled, it seems that he never thought the book would be this big. In fact he assumed that people in Japan wouldn’t even it. It seems that they wanted to do much more than that though with the upcoming series and nearly 60,000 copies of the book sold in Japan so far.

Readers can expect the show to come out this year. The show will feature Booth and his entire family as anime characters. Check out sushi and beyond for more great information on the cuisine of Japan, along with the many adventures of the Booth family. Also tune in for the new anime series by the same name to see the book in action.

This Japanese Gin is the World's Most Expensive?
Watenshi gin is only exclusive to Selfridge of London.  The gin is presented in a glass bottle that was hand blown and the pricetag is -> 2000 pounds or $3000usd.

Mercury in Canned Tuna? Do I Need to Worry?

Tuna is a wonderful source of protein with many benefits including the fatty oils that may reduce the risk of heart attack and stroke.

Jiro Ono Thoughts and the Status of Wild Fishery

Even today, the majority of fish consumed by humans is taken in the wild.

Chef Hidekazu Tojo of Vancouver has been just honoured as the goodwill ambassador of Japanese cuisine.

Space food for Japanese Astronauts? Check these out...

When you think of astronauts going into space, do you ever think what kind of food they eat?

What is the Difference between American Wagyu and Japanese Wagyu?

Let’s begin with the basics: What is Wagyu?