Sushi Donut - Will It Hit Mainstream? 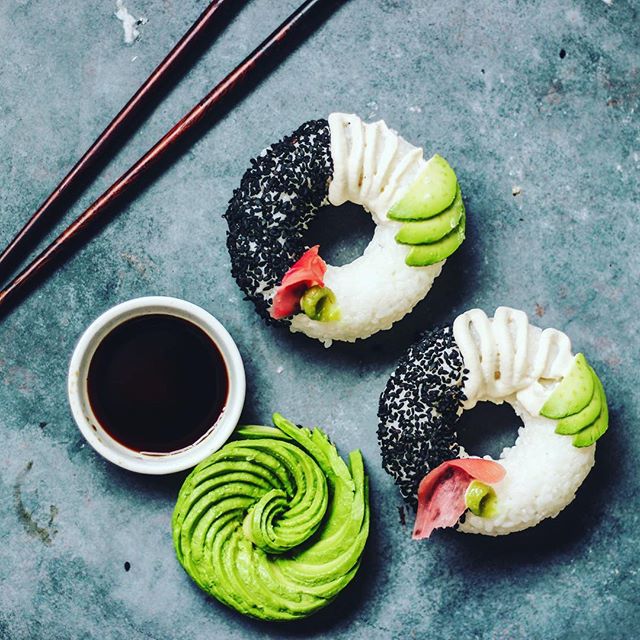 Who doesn't like donuts and sushi?  Well how about combining the two together to make a sushi donut.  Yes we aren't lying, someone has created this spectacular looking donut that has gone viral on the picture sharing social media Instagram.

A photo posted by Let's Cook Vegan (@letscookvegan) on

Looking at the picture it actually looks really good and very beautiful looking.  The ingredients are sticky rice, ginger, sesame seeds, avocado and some cucumbers.  Some have decorated their sushi donuts with slices of red bell pepper and wasabi.

A photo posted by SAM (@sobeautifullyraw) on

There are Two things to look in terms of technique.

1. Getting the formation of the rice into doughnut - but it looks to be that they used a doughnut mold.

2. The chef's knife technique in creating some of the decorations.

Could this be the next big thing in Japanese fusion food?

Well if you take a look at the Ramen burger, sushi burrito as well as the Japadogs, they all have hit the mainstream market and with success.  This has potential but it will depend if enough restaurants will start creating them to see if there is demand for them.

Some large markets have jumped on the gun such as "Whole Foods".

A photo posted by Whole Foods Market (@wholefoods) on

The question that we have is how well the sushi rice is held together when picked up, or does it have to be taken apart for consumption.

In our opinion, it does look like it needs to be cut into pieces so it can be picked up easily with chopsticks.  Maybe let us know in the comments on how this is eaten.  Our last question is how much calories are in these sushi donuts?